Rampaging into Dramas and Movies – The Actors in The RMPG

Hello one and all, here I am once again talking about something nice and niched. I am talking about the one and only THE RAMPAGE from EXILE TRIBE (The RMPG). Not every single member of course, but specifically the actors within the group. Since they are a group of individuals typically focused on singing and performance, it’s nice to see them branch into other forms of entertainment.

This is just a for fun post talking a bit about the good, the debatable, and all the in-betweens. Considering that all of them have very limited appearances, as of writing, it’s just a fun way to talk a little more about these guys. So… it’s about to get opinionated!~

It’d like to reiterate, that this is just my opinions. They are just for fun, and no way indicative of anything other than my opinions on their acting. While not every single member The RMPG is an actor, there is quite a few of them are so let’s jump into it! I’m going to start with the members who I’m fairly neutral to their acting performances.

I feel like these two were marketed in HiGH&LOW(H&L) so strongly as a package deal, that if and when they are offered an individual roles. … The world might end. Kidding. It’d still be weird though. I feel bad putting these two together, but they really were a package deal. Thus, my feelings are about their acting are about the same. I didn’t dislike their acting in H&L, but they never really stood out to me in any particular way. They were solid at what they were casted to do, but were never coached or shone in their own way.

I’m curious if they  chose to challenge themselves in acting, or if they were just told to do the project. For Takehide and Ryu, I’m not sure I’ll be prioritizing any future productions they’re in. I am curious if they’ll do individual projects, or continue acting at all. 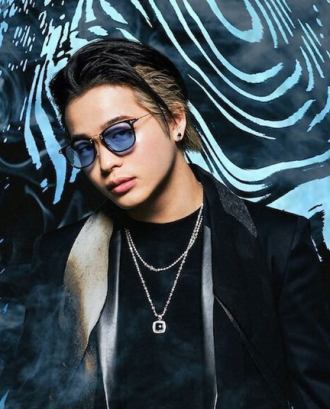 With only glorified cameo’s in the HiGH&LOW franchise; I can’t really say how I feel about his acting. There’s not enough to fully form a solid opinion either way. He certainly was casted, and was there, but his role wasn’t a character that contributed heavily to the franchise. I almost feel bad about his casting, but that’s how the H&L cookie crumbles. So I remain curious, but not highly invested to see if he picks any other roles up. Considering he’s part of MA55IVE The Rampage, along with Likiya, Takahide, and Kenta; he’s doing fine. 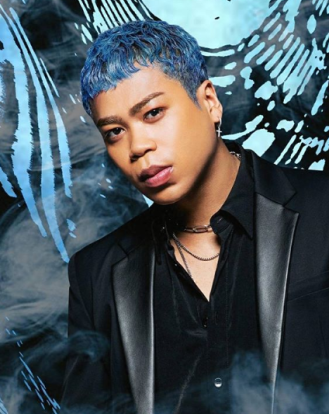 If anyone got done dirty when it comes to H&L, it was Likiya. Diddy was not only a terrible name for a character, but the whole dynamic of the Mighty Warrior was one of the cringier things to occur. I really felt that forced diversity with his appearance as Ice’s younger brother. I wouldn’t be surprised if Likiya didn’t pick up anything after the semi-disaster that this role was. Being honest, he’s killing it doing the choreography for The RMPG, as well as being part of the new sub-unit MA55IVE THE RAMPAGE. So acting probably isn’t a priority.

In Prince of Legend (POL) Itsuki and Makoto tend to be a package deal, like how Takahide and Ryu were. However, I get two different vibes from them, thus they’re separate. To be completely honest, I really don’t get the vibe that Itsuki wants to be an actor. Not in the way where it effects his performance, but he just doesn’t seem really into it. I feel like he’s happy being the quiet dancer in The RMPG. For this reason, I’m curious to see what Itsuki has in store for us in the future.

With Itsuki rounding out the group of, “yes they acting in a thing, but I can’t say I’ll be running to the theater to watch them”. I want to make my opinion known about his acting, but I know I’m in a minority camp for this. So… this might be the most controversial opinion of the post. 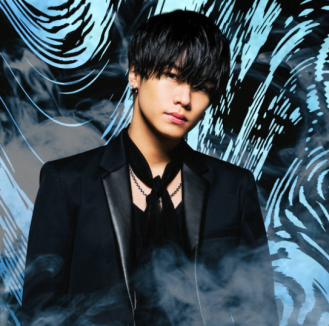 You can only be generic yankee boy with a soft heart so many times in a row. He can’t act to save his life, please stop casting him. He’s okay when it’s an LDH production. I doubt he’d be able to hold his own in a non-LDH production aside reciting his line and following directions. His talents (singing, dancing and rapping) are better utilized elsewhere. He’d be much better doing what Kazuharu Ryuto of Generations from EXILE TRIBE does which is singing OST songs for productions his fellow group-mates are in, verses being in them himself.

I have taken a deep breath, and hopefully that doesn’t get me crucified. So let’s move forward with the curious case of-

Before researching, I actually had no idea that he was child actor before being in LDH. He was in two small Okinawan films. In, “Ryukyu Cowboys, Yoroshiku Gozaimasu” (2007)  which was three small films rolled into one. Kenta was the main character of the second short film. He followed up in “Nirai No Oka: A Song of Gondola” (2010), where he was the main character. Since then, he hasn’t touched a film or drama since.

I just have so many questions. What he approached to join H&L or POL? He had prior experiance after all. Have other projects come his way? Given that he’s a quieter member with The RMPG, I’m not surprised he’s since stepped out that part of the limelight. It just might have been too long since he’s practiced acting, etc. So yes, Kenta is in the priority lane for watching whatever it is, if he choses to act again.

Now, we are into the final stretch of this post. I promise. These last three are members whose acting, I’m going to follow through with watching their projects as they’re announced.

I am curious about him only since it seems between him and Kazuma, that he won getting the push to be an actor. I have a feeling he is following loosely in the footsteps of his admired sempai Katayose Ryota of Generations from EXILE TRIBE.

I liked Kouki as a character infinitely more then any other in POL. Although his character got twisted in the whole Aristocratic Birth Arch. I really could see Hokuto, as Koki, being pulled from POL and put into a separate project, and standing on his own two feet. It might have been awkward, maybe even a cringe worthy, but hypothetically I could see him pulling it off.

Hokuto has also been cast in the live-action adaptation of “Kiss Him, Not Me”, shows a bit of promise too. At least, he seems to be part of the new generation of shojo prince actors. I’ll give him that he seems to have buried potential, and I’m curious as to how he’ll develop as an actor.

Considering he booked the drama “Kafka no Tokyo Zetsubo Nikki” (2019) and the film “Cheer Boys!!” (2019) on his own merits, Shogo seems to be the surprise actor of the group. While he got his start as a glorified cameo like Yamamoto Shogo, in H&L; he’s managed to stand on his own two feet.

Shogo’s one of those guys who can really pull off both side of the coin. He got his start having a more serious image thanks to H&L, and partly thanks to The RMPG something his baby-face makes a bit difficult. Especially since if you watch any interviews since he’s genuinely such a sweet and very smiley personality. So that unpolished duality, is very important for an actor. I didn’t anticipate him catching my eye, but he certainly seems to have the most potential of the group.

I feel all sorts of ways about Makoto’s acting, and a lot of it mostly due to his role in “Shujin-ko”. I really liked not only his character in that series, but his performance. It takes a lot of confidence to play a character like that in a pretty experimental project. The fact that he either auditioned, or was just cast for the role, and he accepted really says a lot about his real life character. There’s something so natural, but relatable about his on screen characters. It’s a shame that this positive point was lost in the POL series.

I really get the feeling that Makoto is the hidden gem actor within The RMPG. I don’t have anything more concrete then a feeling. And that’s why posts like this can happen! I will be most closely following, what if any future roles he picks up. Because the potential is there, he just needs the right circumstances and projects to bring it out and flourish.

So with all that, those are my opinions and thoughts about the actors within The RMPG! I’m all for civil conversation about whose performances you like the best, and who you’re eagerly anticipating their next drama/film! So drop those comments down below!