I’m back again with a double dose of the A-Z challenge with the movie follow-up for “Akumu-chan”. If you haven’t checked out my earlier post about the drama, be sure to check it out here!

For those of you up to speed, let’s jump right into the description of the movie follow-up to “Akumu-chan”!

“Akumu-chan the Movie” takes place a few months after the original series, and after the special aired. Yuiko (Kimura Manatsu)’s dreams seem to have calmed down over this period of time. However, she suddenly has her own Dream Prince appear in her dreams… or rather her nightmare. The next day, mysterious transfer student and dream prince dopplerganger, Shibui Kanji (Yo Marius) joins their homeroom. Excitedly, the students state he had appeared in their dreams, and thus the mystery between the new dream prince, and Yuiko begins.

While not a bad sequel so to speak, this series didn’t quite stick it as a follow-up to the original. I had my attachments to the original cast, so I enjoyed seeing the class progress together into the 6th grade. The premise of Kanji’s character being a transfer student, while normal came off incredibly forced.

It’s like the studio never intended for him to fit in and in a sense; he never did. Kanji sticks out like a sore thumb, being placed in the back in a desk in a row all by itself. While it’s revealed he had a rough childhood, and he transferred in a tough time for an elementary schooler it’s just forced. The feeling of forcing things to work, comes off incredibly strong throughout the film.

Especially the pre-pubescent romance that was willful inserted from the start. I have nothing against romance, and I also have nothing against two kids being awkward with their first crush. The fact that it was put into “Akumu-chan” of all the series… added not only to the forced factor but upped the awkward levels unnaturally high. In theory it all made sense, it just wouldn’t be my first choice for a plot point. 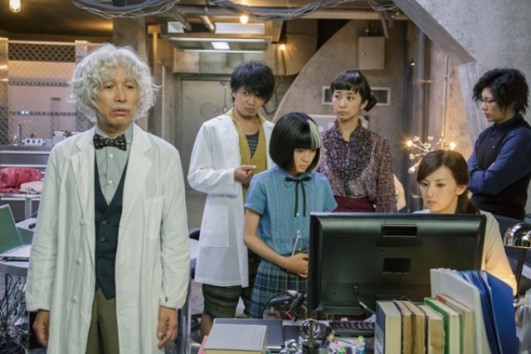 The original cast managed to hit their stride after a two year break from the original series, but not too far from the special. So that set of dynamics for the cast went over really well. In fact, even the inclusion of Shibui Kousuke (SAto Ryuta) as Kanji’s foster father, had been built in from the original drama. I was very impressed by that. The chemistry Kousuke and Ayami Sensei had, based on their shared experiences, was excellant.

However, what stuck out in the most unenjoyable of way was Shibui Kanji, or Yo Marius. Yo Marius actually being a member of SexyZone, a Johnny’s group, I figured he would be at least okay in this series. I was terribly wrong.

For being a main character, his delivery stiff and unnatural throughout. He had moments where it was passable but man when he got it wrong, he got it wrong. I couldn’t help but laugh during some serious scenes because he was so stiff on delivery that it was nearly comical. In fact, when Kanji does finally break down and cry, it was awful. There was not a drop of sympathy from me to his character, and the way it was framed made it clear that Kanji wasn’t shedding a tear, let alone faking it decently. 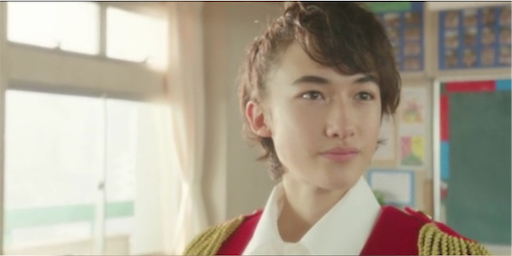 My whole experience with the film, was a roller coaster. I had major ups when the original cast took center stage, and when it built off of previous concepts that worked well. While watching I wasn’t as off-put by Yo Marius’s delivery, but retrospectively it made the whole movie clunky and jarring.

Additionally, it didn’t help that the movie decided to up the intensity mid-film. I was genuinely shocked by what they decided to use to change directions since it seemed very not like Akumu-chan, as a franchise to do. It gave the film more shock value and edge, but really didn’t contribute at all to the actual story or character development.

“Akumu-chan the Movie” is about what I would expect from a movie sequel. Nothing too terrible, but not quite as impressive as the original drama series. Worth watching to get your answers from the drama special without watching the special, but not much re-watch value to work with.

It feels good to be back in the groove more or less!