I’m going to keep this simple and short. The saddest moment, is the only one that’s made me cry in sports anime. I was a very delicate sixteeen year old, believe it or not. That moment was when Teppei’s leg was targeted and then damaged by Kirasaki Daichi Highschool member Hanamiya. 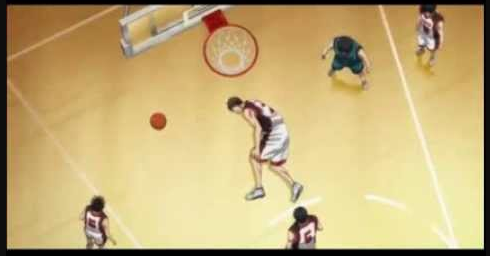 It is very distressing to be targeted when playing a sport. Basketball isn’t suppose to be a contact sport in the way rugby, American football, or even soccer can be. Obviously mistakes happen, crashes occur, but Basketball has a sneaky way of letting things slide. There’s a lot of ‘accidents’ that happen in basketball that can be career ending at any point. Throw in a team that doesn’t really care the greater impacts of their actions, and you get Teppei’s injuries.

It made me tear up due to the nature of the injury. Basketball is a very leg intensive sport, between running, jumping, quick stops, pivots, and a lot more elements. It’s much easier (I have been told) to heal an arm, then a leg in terms of basketball. So for Teppei’s leg to have been targeted and then affected was just… too cruel. There’s a line even the most shameless won’t cross, but Hanamiya just have to drive the point home by going after the most valuable aspect of a basketball player’s career; their legs. 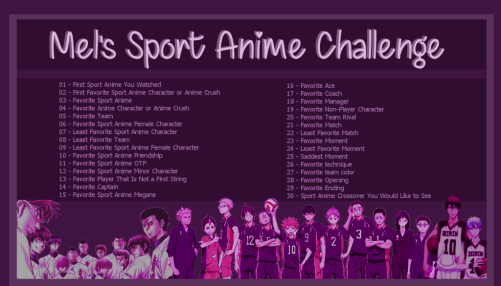 To help dry some tears, there was a rebound for Teppei’s condition. He wasn’t the same as before, but he was back on feet and on court when he could.

Too cruel, but alas that is the nature of sports at times. Tomorrow, as a hint is the same series, but different mood. I hope you’ll stick around!