Did I ever mention that I always get really flattered when people nominate me things? Or that when it comes to being tagged I’m overly eager to please? Well, it’s all true. So thank you Jenn for nominating me for this! I’m a bit simplistic at times, so I’m just going to jump into the rules next: 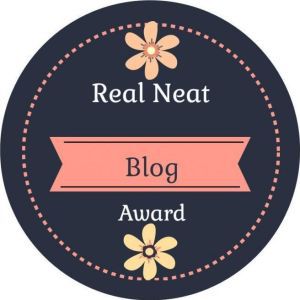 1. What made you want to get into blogging?

I’ve really wanted to blog for a long time, several years. I had a notebook filled with ideas of what I could blog about, but I put it off for various reasons. Mostly, I wasn’t interesting in trying to create original content due to my years of deviantart , and tumblr was an easy alternative for the longest time. I wanted to convert my fandom blog into written format, but… kinda glad that I started this separately.

Eventually, like any hobby or passion though I just gathered my courage and dove into doing this. And somehow I’m still here!

2. Do you have any “guilty pleasure” anime? Something that you’re low-key embarrassed to admit you like?

I’ve tried really hard to get rid of the idea of being embarrassed about my likes and hobbies. However, I do blush quite a bit when talking about idol anime I enjoy (B-Project and Idolish7). My co-workers are very curious about how I can like 2D idols/anime, Visual Kei, and real life boybands and girl groups all at once. Especially since I ‘don’t look the type’ whatever that means.

So, while I try to deny myself as much as possible I would say B-Project and Idolish7 are two ‘guilty pleasure’ but also not, anime I love dearly. (I recently met a TsukiPro fan, and well, we’re just going to become anime idol trash together.)

3. What’s an underrated gem you wish more people would watch?

I am taking a shot in the dark and assuming that this is mostly aimed at anime.  So probably the series that I wish people (if they can stomach the content) is “Now and Then, Here and There” or “Ima, Soko ni Iru Boku”.

It sounds like a fun series; A energetic 13-year old boy Shu seeing a cute girl chilling on a smokestack, goes to investigate and ends up transporting into a desert world. Except this world is in the middle of a war about the mysterious Lala-ru (the girl on the smokestack), which includes genocide, torture, hunger, thirst, and some NASTY child exploitation.

I can’t make this up, even the MAL summary includes that stuff.

Despite all that, it’s a really interesting series which does neatly wrap up in 13 episodes and has a lot of interesting commentary given it’s material, when it was released, and well, just how few people seem to know about it. Maybe I’ll rewatch it if I can find a decent place to do so.

4. Is there a fictional character that you relate to the most?

I haven’t really thought of this question in a long time. It’s really refreshing to see. My go to is usually Gaara from Naruto; went from being and overly-aggressive emo kid, to redeemable adult with a small group of friends and family. I probably did it more realistically then Gaara but you know, I have a bit of a soft spot for him and how he shaped who I am as a person over the years. Maybe one day I’ll even talk about it. 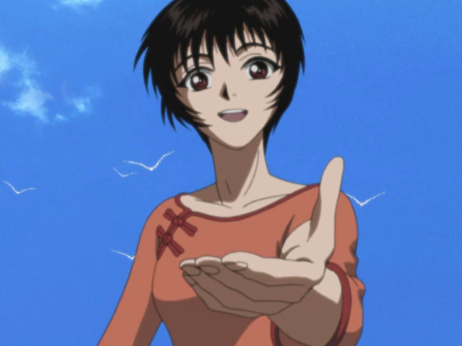 As I’ve grown older, I’d actually have to say Hokuto from Tokyo Babylon. Yes, it’s back to the twin thing, but also her personality. Like I said, I was a Gaara-esque human for awhile. Over many years (and a far amount of personal growth/investment) I’ve been trying to be more of a Hokuto. I’ve trying to just enjoy the small things that come with being alive, and appreciating all that I can. I still have those flares of temper and such, but even my co-workers have commented that I laugh I lot more then when I met them. Little by little I want to be as warm and helpful as Hokuto, and I’ like to think I’ve made some decent progress.

5. Is there an anime/manga/film/video game/whatever that you wish would get an official release in your country?

I mean technically, I live in Japan now so… all of them are official . Being serious though, I wish the Japanese film industry would open up more. With just live actions of anime/manga/light-novel adaptations, there’s a ton of money to be made to have film screenings, theatrical releases, and even straight to DVD opportunities that are being missed. The industry is changing, especially in Chicago with more indie theaters and film critics taking the shot in the dark to get the rights even just for the night.

Realistically, I wish more Japanese films/dramas would get licensed, even just for a month, for streaming/viewing in North America. There’s nothing worse then begging a translation group to buy a physical copy of a region locked DVD, and translating it. It ain’t cheap and it’s a LOT of time. Getting more of these available on Netflix, Hulu, Crunchyroll, Amazon Prime, even on Youtube paid movies/dramas would do wonders. It seems that digital streaming is starting to pick up more in Japan now so hopefully, this will lead to them licensing and subtitling stuff elsewhere in the next few years.

6. What’s a post you’ve written that you wish more people had read/interacted with?

I don’t think I have one specific post, at the moment. I’m really satisfied getting any sort of reaction from my posts. In a sense, I’m still a really easy to please blogger. I never quite express it in my wrap ups but someone features me even in passing I spend no less then 5 minutes freaking out that I was acknowledged even at all. Same with comments, and up until recently even with likes. I’m still glad that despite my broad umbrella of topics and themes that people still tune in to read a post once in awhile.

I guess I was a little frustrated with my ‘Girls Rock’ series when I first started. I was somehow, magically expecting more people to care. There’s a handful of profiles/posts that have no views on them which hurts my ego only when I go looking at them. As I’ve grown a more established audience, and better sense of what I actually want to write about these groups I’m sure it’ll change.

7. What’s one way you’ve grown as a blogger/writer since you started?

I’m a very rigid person, or rather I’m a very structured person. I have a schedule and usually stick to it, both in blogging and in my personal life. I have a secret cheat sheet with how I tend to format my reviews and my most early ones it really shows. Painfully so at times.

I like to think that my posts have become a bit more ‘relaxed’. They still have something holding them together, but rather then ticking off my mental check list on “if I’m reviewing an anime I must talk about X,Y, and Z”, that I’ve deviated a bit from that. Sure I like to touch on all those points, but I’ve let the more interesting aspects of the film/anime/etc capture more of my time writing rather then it being exactly similar to previous reviews.

I’m also really proud of the difference between my first Girl band post and my most recent one’s. Going from just over viewing to actually digging in with my opinions and thoughts and actually having people talk back to me is so thrilling! I’ve had to slow down since I felt my profiles were getting a bit rushed and my listening a bit purposeful so hopefully I can dig back into them in the new year.

Even in my good ol’ days I wasn’t too great at nominating people for these sorts of things. There’s no pressure for any of you to participate. I’d also like to make this open to anyone reading if you’ve been wanting an excuse to be tagged, this is it!

As for my questions:

And that’s all for now!