Hanalei Bay – Two of my favorite things coming together

I had to drive over three hours in order to see this in theaters (one way). Which I know for some, sounds absolutely like a waste of time and effort but for me it was well spent. I knew that ‘Hanalei Bay’ despite being barely 1/2 the time I spent driving to see it would be worth it for two reasons. 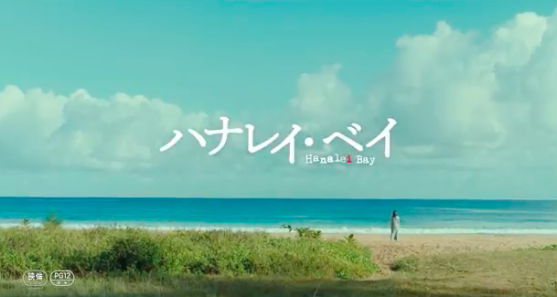 The first is that this film is an adaptation of Haruki Murakami’s short story of the same name. For all the shit I talk about Haruki Murakami at times, I still love his work. I was a big fan of the adaptation of ‘Norweigen Wood’ and I am anticipating ‘Burning’ ‘s Korean adaptation. Going to see Hanalei Bay’s film adapatation, as you can guess was a must on my personal to do list as well.

Secondly was Sano Reo. My favorite member of Generations from EXILE TRIBE, and also a very talented actor as well. The fact the director repeatedly requested him for the role of Takeshi, just made me anticipate it even more. It’s very rare for directors to admit that especially in Japan.

Admittedly, Sano Reo’s role was very limited in the film. The story is about his grieving mother, not about him the forever 19 surfer. I didn’t cry about it, but I should have been a bit more aware Reo’s limited screen time. So it goes.

Hanalei Bay, is the story of Sachi (Yoshida You) a single mother and owner of a piano bar in Tokyo. Her son Takeshi (Sano Reo) is a high school drop out obsessed with surfing. He ends up passing away from a shark attack in Hanalei Bay, Hawaii. Once a year for ten years after his passing, Sachi visits the area. One day she meets another young surfer, Takahashi (Murakami Nijiro) and his best friend and her cycle of merely watching and remembering changes.

This is not a feel good movie. Murakami doesn’t write feel good stories, and thus the films aren’t any different. It’s a story that deals with the trauma of life, death and mourning. It’s very artistic and makes some interesting choices in depictions. A lot of small changes from Murakami’s text to film are altered but they’re very tasteful changes.

One thing it deals with that very few people tend to remember is; people still die in paradise. For all the tourism Hawaii has, people live there and die there. As much as we as humans use travel to escape, sometimes we die away from home. It’s a very odd and humbling view on living.

Personally, I love Sano Reo’s parts. He didn’t talk all that much in the film, so his expressions and actions were much more important. For what time he had on screen, had really solid direction and impact. Well worth it for me as a fangirl.

Who stole the show of course was Sachi and Takahashi. Yoshida You is just the right image for an upright single mother just trying to work it all out. The ‘familial resemblance’ was a little spotty for me, but it was made up in their interactions. There was nothing over the top about her depiction of grieving, and other subtle details in her character. I found her engaging, especially in the final scenes of the film.

Being real, I didn’t really remember Takahashi’s character in the short story but that was my fault. He’s incredibly important and Murakami Nijiro does an spectacular job. The little details of smiling, his mischievous nature, and the way he pokes and prods Sachi is just perfect. It was an incredibly dynamic performance for him. 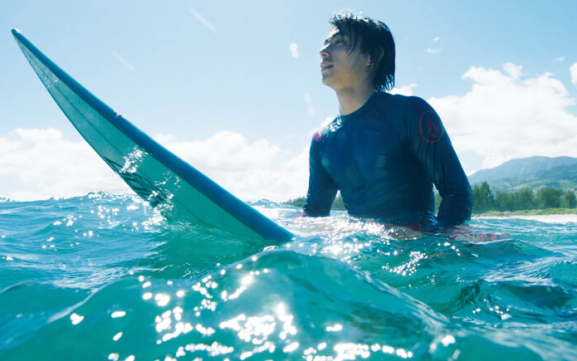 I’m a little surprised that his roles are quite few; he performs like a much more seasoned actor. I’m very curious to see if he becomes a rising star in the next few years.

Overall, the film for me was worth it. Short, and sweet with just the right amount of detail that it’s faithful to Murakami’s (the author) work but without dragging the story around longer then needed. The selection of style of shots, filming techniques, and perspectives retrospectively, are way more varied then most Japanese films recently. I was pretty stunned by some risks that the directing team took and they were well worth it. The story was beautifully delivered.

Additionally, Haruki Murakami is known for his choice of certain music within his novels. It was fantastic that the media in which they were played, either via a tapedeck/casette player or on piano was respected. It’s fascinating to see how his music choices translate into film. This director absolutely nailed the delivery and use of music for me. 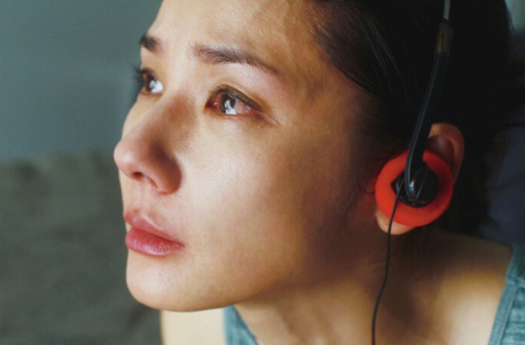 It’s not a graphic telling either, aside from Takashi’s cause of death explained. It could be worse, but I wouldn’t worry about it since there’s only one graphic image. Even when Takeshi died I wasn’t quite emotional over it (even though it was Reo). However, the final scenes did pull at my heart strings and I teared up. That’s something that I’ve rarely done these days.

Short, sweet, and compelling with a simplified cast (and locally cast native Hawaiian actors!!), if Murakami and art films are your thing this is a much watch. In my case, come for Sano Reo and leave feeling reflective.