Build a Harem Regardless of being Tagged

I wouldn’t say I’ve given into peer pressure but everyone’s picks are so intersting I really wanted to contribute mine too! And I’m the type of person who will ignore things I’m tagged in but will do a tag regardless of being tagged if I’m interested enough in it. Here is my moment of weakness or brilliance in this. And probably a little late to the party too.

Here are the rules!

The ‘Build A Harem’ Tag Rules:

I’m deviating a tiny bit from the rules since well, I wasn’t tagged in the first place so I don’t feel as inclined to tag people. Plus I lost track of whose been tagged and who isn’t so… let’s just start.

Umm…. can I say she’s a contributing factor to my bi-sexuality? Yes? Okay. So there’s that part. A lot of people have argued that her manga version is a lot ‘better’ then her anime version, but I’m one of the few that likes the anime version over the manga. She’s cool and calculating to the point where she’s aloof. Well, one could argue emotionally constipated in some regards but I pick aloof.

I think she’s absolutely bad ass and for a very long time I couldn’t decide if I wanted to be her or date her. (It’s both.) More or less I’d probably end up in HER harem but that’s acceptable in my world too. 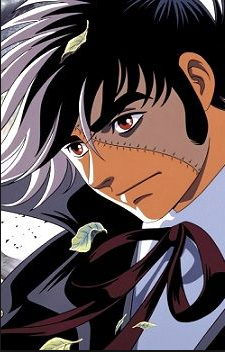 I had the absolute biggest crush on him in high school. It was bad guys, I made cringe-y fanfic about us that’s how hooked I was. I have no logical reason for finding him attractive other then he’s smart, talented, and doesn’t need tattoos since his scars are even better. The tragic backstory turning into a huge-in-your-face triumph helps too and the fact he’s not ‘legally’ a doctor just adds to the sex appeal. He’d certainly be a practical edition in here since he’d probably be amused with my various ailments for a few days at least.

Ko Tenka is pretty much the human version of a German Shepard. Strong, mostly intelligent when it comes to task based items, loyal as hell, kind, friendly and loves his family and friends dearly to the point of injury. Something you really don’t see in teenagers real world or otherwise anymore. 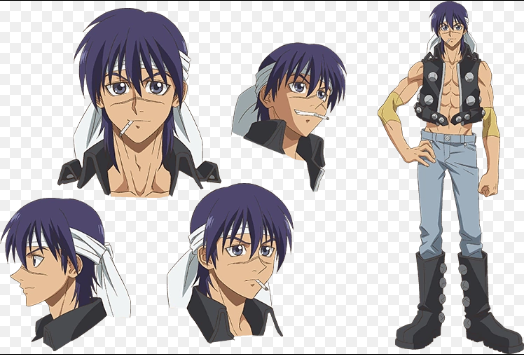 It helps that he runs around without a shirt, but not exactly practical given the world he lives in. (I’m not complaining). He’d be a childhood friend since we ‘grew up together’ in a sense with the original release and now. We’d probably be the BFF’s that secretly stare at each other not subtly and get caught and then both blush and do it again type of fools. You know, the usual.

4. Second round of a woman who could kick my ass (probably) – Jabami Yumeko (Kakegurui) 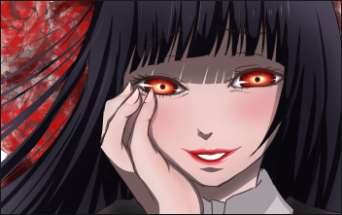 Yumeko is probably closer to a psychopath with a gambling addiction then a killer but I wouldn’t put it past her. She’d probably just kill me with gambling debt to her. I wouldn’t mind being her slave being 100% honest… but also she’d probably get along with the rest of my harem thus far as well. I feel that Kuroo might be of interest to her (and a better gambler then I), and Mokoto would keep her in line better then the student council president at least. And not to mention for all her crazy, she’s pretty damn cute on top of it.

5. ‘ Confident enough in his masculinity to wear a skirt and heels and not give a fuck – Lin (Hakata Tonkatsu Ramens)

Okay, Lin is one of the characters I saw and literally would accept whatever he had to dish out.

He’s a dude? Badass, still into it.

Wears a skirt and heels better then I do? Fantastic, I’m all about equality.

Lin could tell me just about anything related to his gender identity or sex and I’d probably be into it. It’s not the ‘oh-no-he-tricked-me-into-thinking’; no. Lin just is. Lin never made himself out to be a woman or a man, in any regard and honestly doesn’t seem to really care about it. He’s got people to kill and ramen to eat. He’s confident in himself AND a badass whose killed several men. Those two elements are a powerful thing and really compelling as a character and human. I mean, on top of it he’d probably defend me quicker then even Mokoto would if the situation got bad.

If you couldn’t tell I kind of have a type? Someone whose vulnerable in certain regards but overall can take care of themselves and a plus one (ideally me). This was fun tag so maybe next time I’ll try and wait it out to see if I get tagged for real! Drop a comment if you were surprised by some of my choices.